The Chicken Lady of Jerusalem

In 1999, Chaya Hammer was awarded the coveted Yakir Yerushalayim award for her contribution to the citizens of t 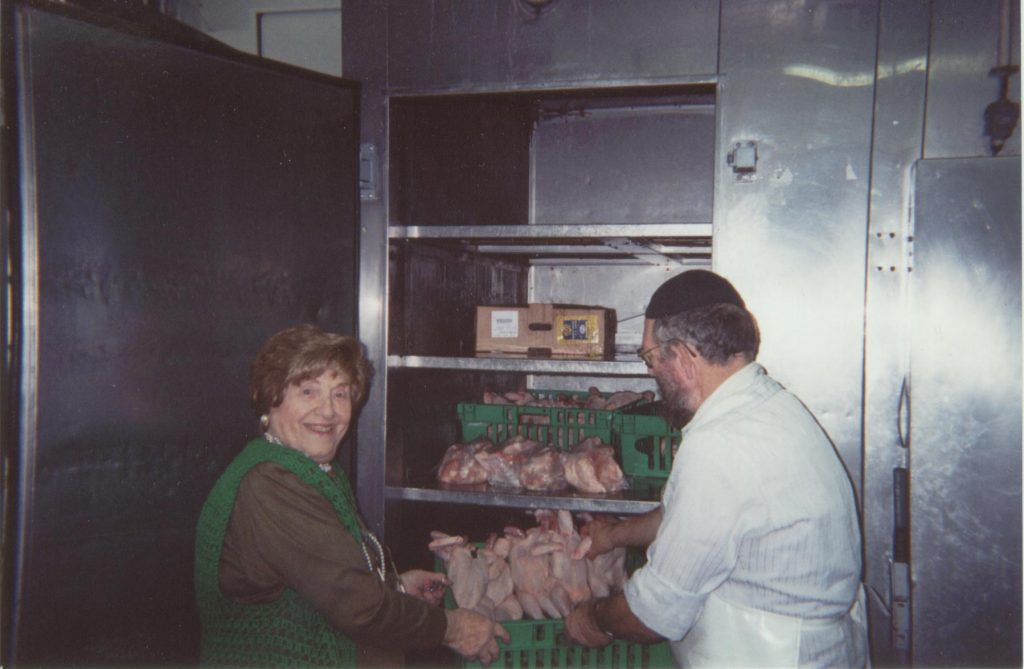 Something about the young girl in front of her on line at Hacker, a butcher shop in Jerusalem, seemed familiar, although Chaya Hammer had never seen her before. Perhaps it was the empty basket slung over an arm covered by a threadbare sweater sleeve or the lank braids hanging alongside a too-thin face? “She reminds me of myself,” realized the older woman in surprise, as her mind whirled back to the distant memories of herself as a young new immigrant in the Promised Land.

“Next!” The booming voice of the butcher interrupted Hammer’s reverie. Seeing who was next, the butcher reached under the counter, extracted a bag filled with chicken fat and skins and handed it to the girl. Thanking him, she turned and left. “Goodness!” Hammer recalls exclaiming to the butcher as he filled her weekly order. “That family must have a lot of dogs or cats to feed!”

“Actually, they have no pets at all,” he replied. “The father is on dialysis, unable to work, and the mother has her hands full trying to care for a large family on her own. We have been giving them meat on credit for a long time already, but their bill now exceeds 10,000 lirot, and we simply cannot afford to keep it up. Now we save all the chicken parts that no one wants; at least this way they can have soup and cholent for their Shabbat meal.”

This was too much for Hammer to hear. “From now on, give that family chicken and ground meat every week— and put it on my bill!” she said.

Some time later, the butcher asked her if she was interested in taking on another needy family. It never occurred to Hammer to refuse.

Over two decades later, this ninety-six-year-old powerhouse is responsible for providing 490 families throughout Israel with their weekly chicken and meat. Local recipients “buy” what they need at Hacker and “charge” it. For needy families who live a great distance from Hacker, Hammer sends over one hundred checks each month in attractive cards that wish the recipients “chodesh tov,” a good month. Even the stamps she chooses are decorative. By dressing up the donation, Hammer believes that the recipient will feel that he is receiving a present rather than a handout.

“I always work with the Hacker brothers,” says Hammer, who is affectionately known as “Mrs. Chicken Lady.” “I never question the bill; I trust them implicitly.” Nor has she ever requested a discount from the butcher shop. “They’re entitled to make a living too. If I can help them in that way while helping others at the same time, I feel twice as good!”

Generally, Hammer sends her “clients” directly to Hacker, although there are times when the brothers bring her attention to specific cases. The local families have no idea of the role she plays in their lives. “I prefer it that way,” says Hammer. “I like the fact that I can go to the butcher, stand behind someone I know I’m helping, yet she has no clue who I am. ”For those outside the local area, she has no choice but to reveal her identity.

Hammer’s cheerful mood dissipates as she shares some of the stories of those she helps. Pulling out an old newspaper, she points to a photograph of a young woman staring forlornly at the camera. Life is a daily struggle for this woman, who was born without arms or legs. After tracking her down, Hammer began sending her a monthly check, and calls her occasionally, just to say hello. She has no plans to meet the woman though. “I think it might embarrass her. [The money is] easier to take when you are anonymous.”

In 2000, when terrorists murdered a young couple, Hammer took over some of the financial responsibility for caring for their eight orphans. When “Shlomo,” a father of fifteen, died after falling down four flights of stairs, the widow and her children were “adopted” by the “chicken lady.”

“Miriam” and her father have been receiving a monthly stipend since Hammer learned of their hardship. The crippled man would sit on street corners in Tel Aviv, playing the accordion in order to feed himself and his daughter. Not only did Hammer take care of them financially, but upon learning of Miriam’s dream to be a professional violinist, she got hold of a secondhand violin, had it fixed and then personally traveled to the city where Miriam lived to deliver it.

Donors to Hammer’s “chicken fund” come from all walks of life—Jews and non-Jews, religious and unaffiliated. Most of the donors hear about Hammer’s efforts via word of mouth, or through articles. People have been known to ring her doorbell, hand her an envelope with money and escape before she can even say thank you. No one has ever requested a receipt; donors know that every penny goes directly to those who need it. Hammer personally pays for the hundreds of stamps needed monthly. “I, too, want to donate to this worthwhile cause,” she explains.

Each donor receives a thank-you letter. As a concession to Hammer’s arthritis, first-time donors now receive a form letter, which is constantly updated. Even so, Hammer always tries to add a few personal words at the bottom, and always signs the letters herself. Repeat donors get handwritten letters.

No stranger to poverty herself, Hammer knows what it feels like to go to bed hungry. It is this memory that gives her the strength to persist in her mission. “I picture the children’s faces, remember the hunger and can’t rest until I’ve done something to help,” she says. “Hashem sends me the strength because He knows I’m trying to care for His children.”

The oldest of three children, Hammer was born in Vinograd, Ukraine. “We were rich back 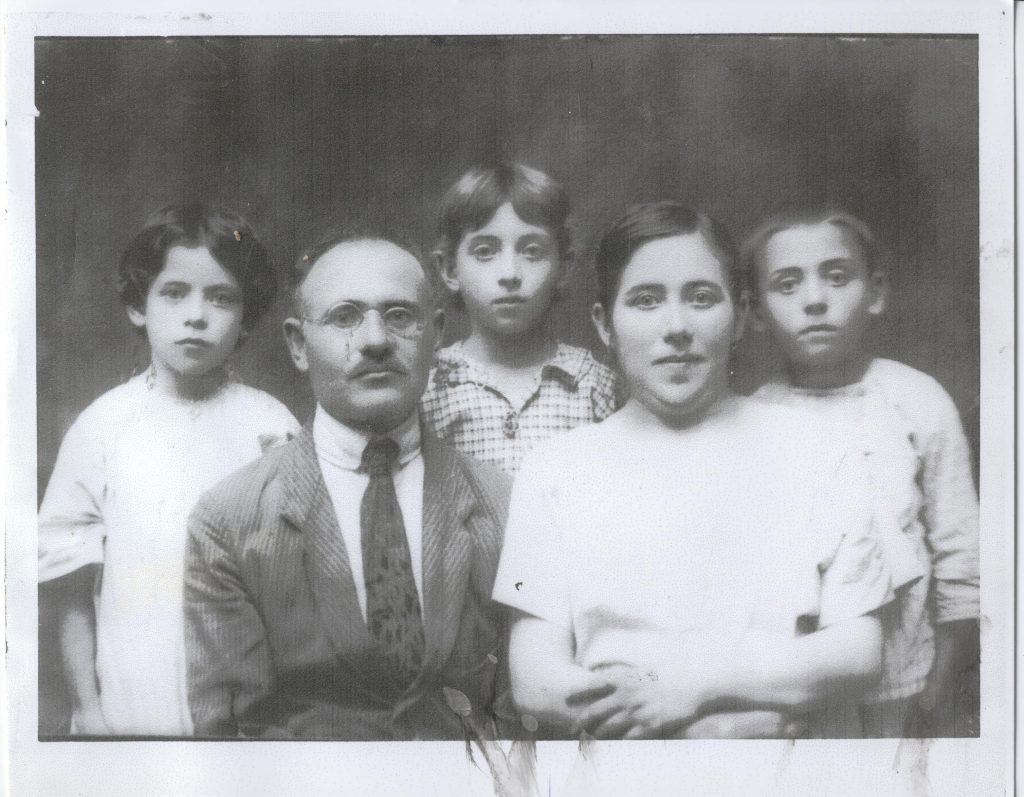 then,” she reminisces. “My grandfather and father would buy eggs from the local farmers, and send them to a brother near Kiev to resell them in town. After we miraculously survived three pogroms, my family managed to escape, crossing the frozen Dnestr River into Romania. There were forty-two in the group, eleven of whom were children. I was only ten years old.”

At this point in her story, tears well up in her eyes. “My Ima fell in the deep snow, and my father turned back to help her up. The smuggler guide would not let him go to her! He forced us on, leaving my Ima in the deep, cold snow, all alone in a harsh foreign land—she without us, us without our Ima. It was many, many months before we learned what had become of her.

“Soon after, we were caught by the Romanian authorities and thrown into prison, adults and children alike. For five long months, we received nothing more than a small ration of bread and water daily.

Eventually, word of our imprisonment trickled out, and the local Jewish community managed to arrange our release. We finally found our Ima in a hospital, alive but ill.

“After arduous travels, we made it to Israel, where we lived in a tent. Between the ages of ten and fourteen, I knew hunger firsthand, going to bed hungry almost every night.”

Hammer’s mother never fully regained her strength; she contracted tuberculosis. Hoping to find a cure for their mother’s illness, the family moved to the United States. Nevertheless, at the age of thirty-four, Hammer’s mother died.

An eventual return to Israel remained my priority; so much so, that it was one of three conditions I set before agreeing to Ephraim Hammer’s marriage proposal,” says Hammer, who lived in Los Angeles. (“The other two conditions? He had to agree that we would speak only Hebrew between ourselves, and [that he] would teach me how to drive his Ford!)

“Ephraim and I took numerous teaching jobs, working mornings, afternoons and evenings in order to save money as quickly as possible, yet it was not until our three daughters had established their own families that we were able to return to Israel. Ephraim always encouraged me with all my projects, and although he passed away twenty years ago, before the ‘chicken business’ really grew, he took it to heart as much as I did.”

Eventually, Hammer’s daughters also made it to Israel, and now, says Hammer, five generations of her family live in the country. 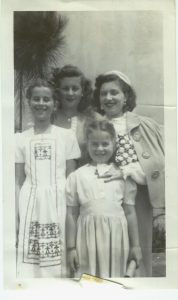 Winding down her story, she gets up and fondly straightens an award that hangs on her wall. It’s the coveted Yakir Yerushalayim award given to those who have made a significant contribution to the good of Jerusalem’s citizens. In 1999, Hammer received the award from then-Jerusalem Mayor Ehud Olmert. “Despite all those I’ve helped, I still can’t rest,” she sighs. “I [have] hundreds … still calling for food.”

Ninety-six-year-old Hammer manages the files for the 490 families throughout Israel to whom she provides chicken and meat every Shabbat.

or you can donate through the red paypal button below:

Michelle Borinstein was born in South Africa, moved to the United States and is finally home in Yerushalayim, where she lives with her husband and children. She has had numerous articles and poems published in a variety of publications and is currently writing a number of children’s books.